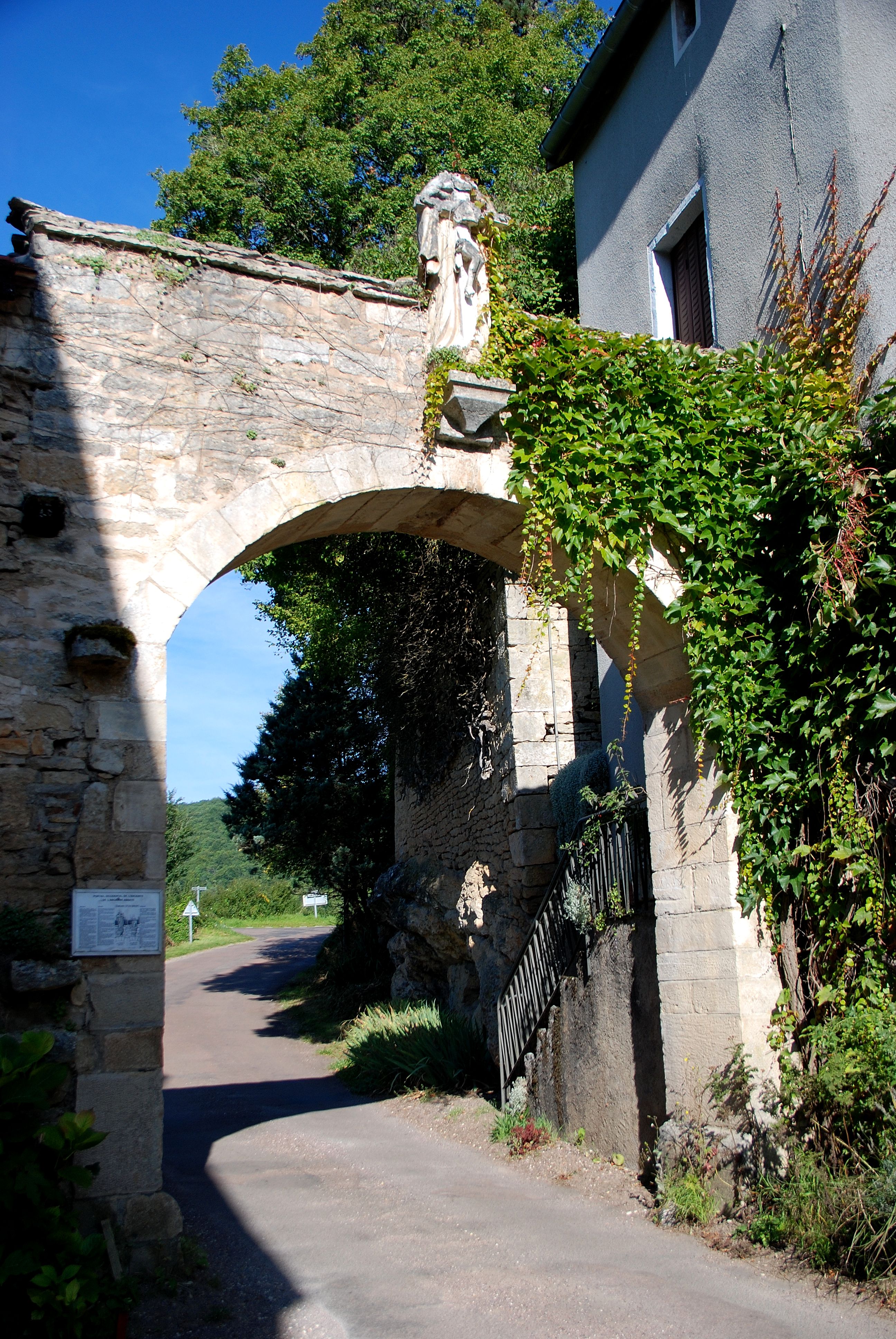 Porch of the Abbey - La Bussière-sur-Ouche Beyond the western part of the abbey, once stood the "Barnyard" (current site) around which houses have been built since the fifteenth century. This village was once surrounded by walls and accessible through two doors that were closed at the dusk. If the East Gate was demolished, today the western gate, on the way to Commarin still remains. Built in an arch and covered with lava, it is adorned in part with two mutilated statues probably from the revolution. On the side of the village, "the Holy Trinity", and the outside "Saint Michael slaying the dragon." This old porchway door is listed on the Inventory of Historic Monuments since November 17, 1966.

Join us on social networks !